This post is to design the Battle Status Board(BSB) which is the information panel to right of the Gameplay area. The code itself is not a lot, but creating the design for it is(at least for me).

Let’s look at the version of the board in Battle City itself. 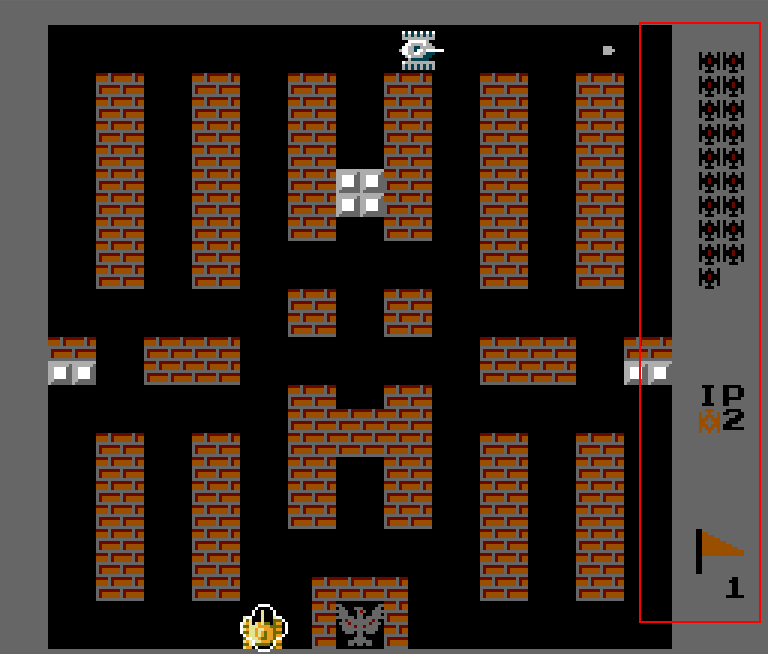 Let’s look at my version of BSB. 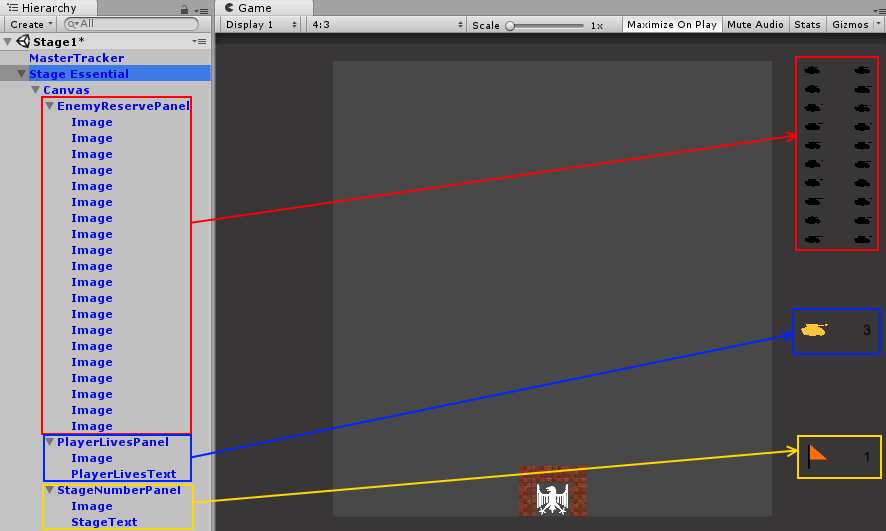 I divide the BSB into 3 panels:

Coding the update of BSB 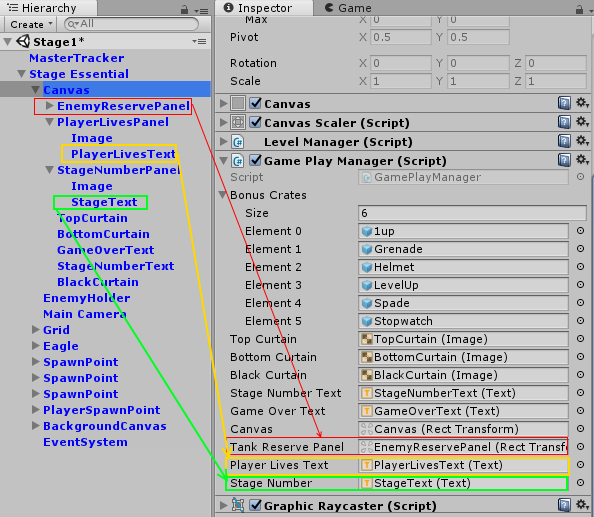 Then update the RemoveTankReserve routine to the StartSpawning routine in Spawner script. The full code for the routine as below.

The code for this is very simple, get the value of the player lives left from MasterTracker to the playerLivesText game object. The routine to hold this code will be called .

The code for this is very simple, get the value of the Stage Number from MasterTracker to the StageText game object. The routine to hold this code will be called .

Well, it took a while before the enemy decide to destroy me. But everything tested successfully!

Next up will be on the Bonus crates creation.