I am in progress of creating a game where a team of game characters will seek out its nearest enemy in a grid setup. There are a lot of ways how this can be achieved. For example, one of the common ways is to keep track of all the enemies in a list and loop through the list to get the nearest enemy. But this is not feasible for me as this will be a multi-player game which means there is a lot of permutation of character vs enemy(each player team’s enemy is everyone else group of game characters). So I have decided to do it via checking surrounding grids and expanding outwards.

To aid with this setup, I have a 2D list to store the position. As illustrated below(simplified) we can see that if the grid is occupied, it will be marked as a number other than zero. Zero means it is unoccupied. Different numbers mean they are enemy of one another. For example, a grid that contains 2 holds the enemy of the characters residing in the grid value containing 1 and vice versus. 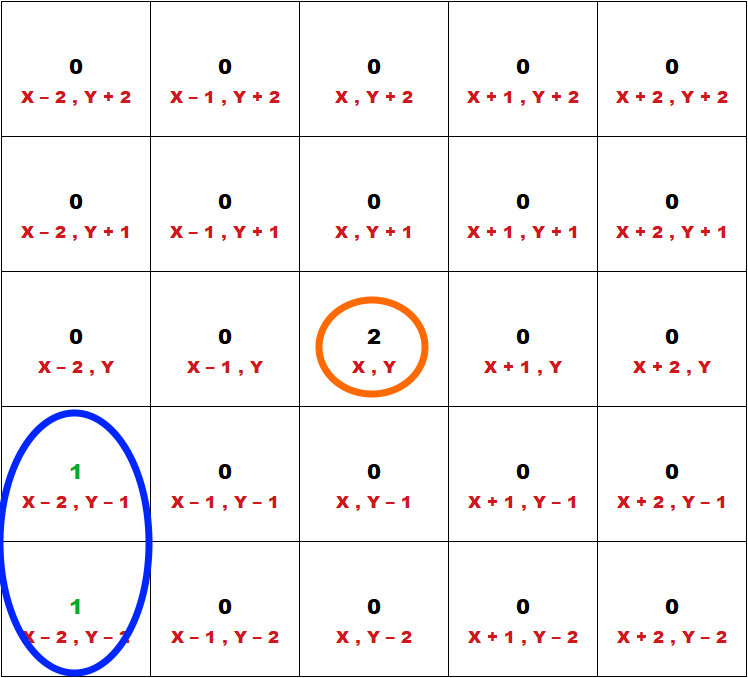 Explanation of the program 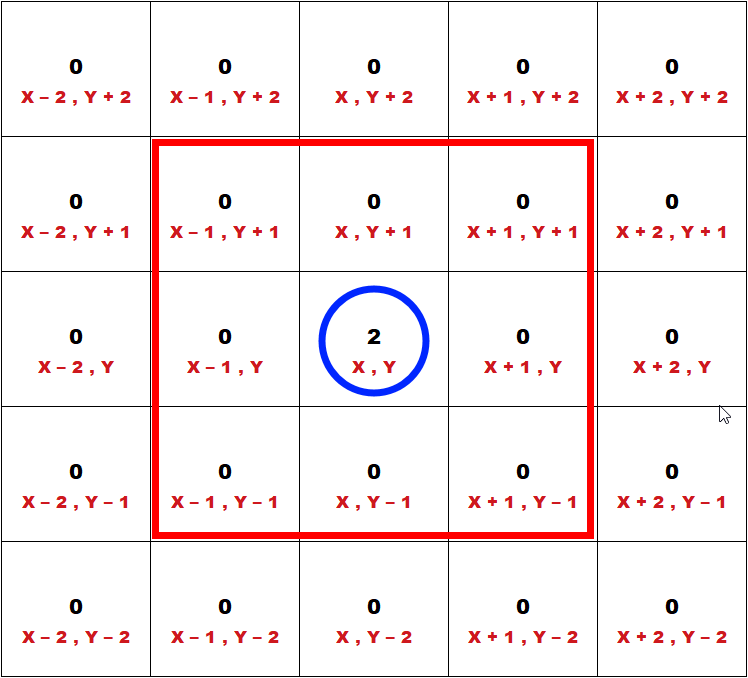 If you see the list of surrounding grids it is all of the combinations +1 and -1.
In cases where are +0 (or nothing added/subtracted on X or Y), the other dimension will either be with a + 1 or - 1 (for example X, Y -1 or X + 1, Y).
And there is only addition and subtraction of one, not two or more.
So we can deduce that the addition and subtraction are in correspond to its layer. Let’s call this layer number as . So by substituting the + 1 and -1 with layerNumber we will get:

Now is the exciting part when we get to the second layer. 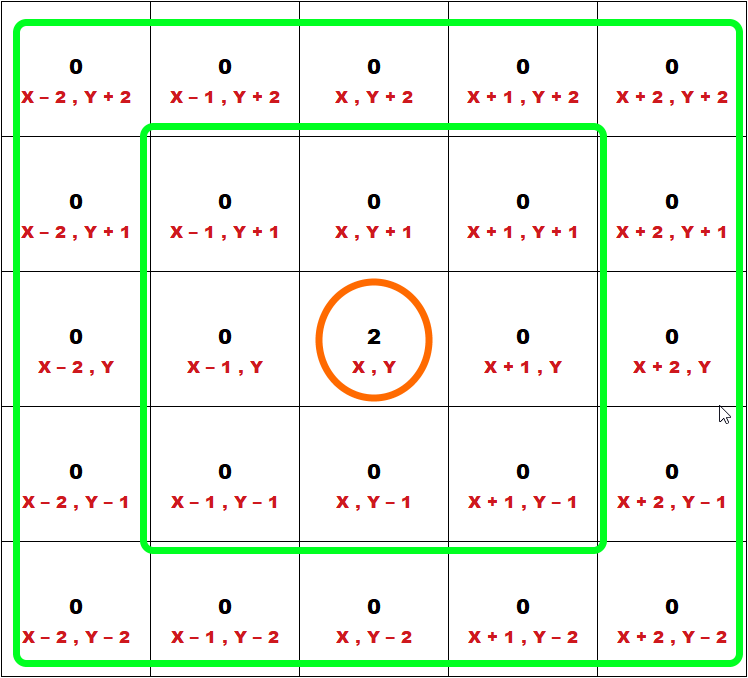 We can now see the surrounding grids to be:

The first part is for those which only have layer number for addition and subtraction(1-4), this code will be as below:

The above is to loop through all the possible layers starting from the 1st and check the corresponding neighbor grid if it contains enemy(simplified as a function named contains_enemy), if it is true it will add to a list. Then exit the for loop if anything is added to the list as we only need to get the nearest enemies list which is the nearest possible layer away from the character.

Now to merge everything, we have:

There you have it, the code, not very pythonic, but I believe this better explains how the spiral matrix search is achieved.