I would like you to go back and create the other 3 enemy tanks using the EnemyTank prefab you already have. You can do a recap on Part 3 if you are unsure. Set the following below for the tanks as well

At the end you should have 4 enemy tanks prefabs like the below. 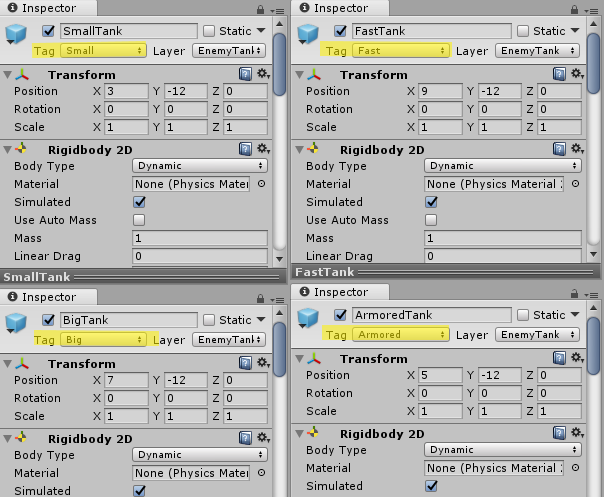 Then update the SpawnPoints’s Spawner (Script) component with the updated prefabs. 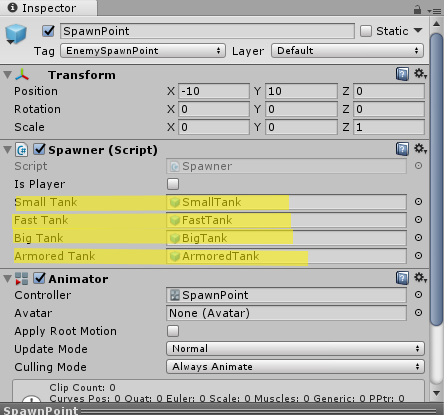 How the Score Calculation looks 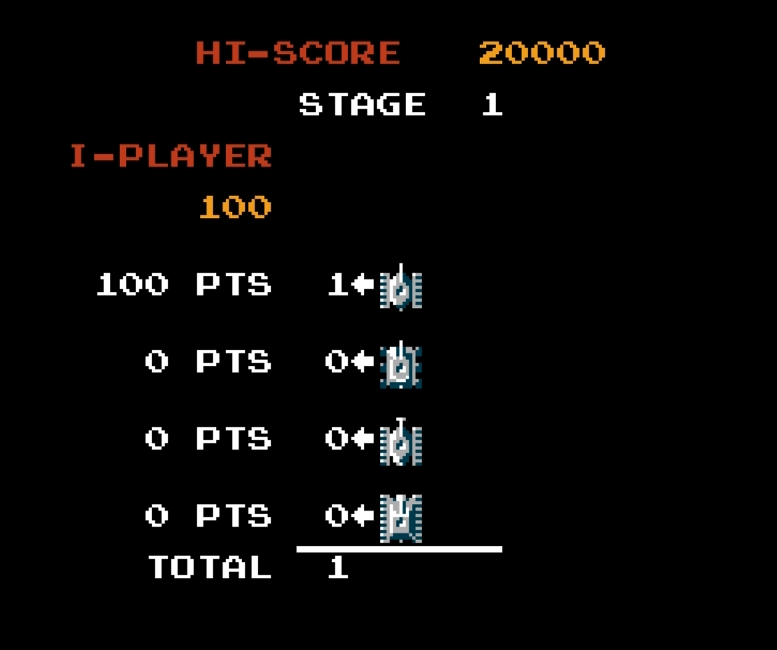 This is the scene that will show the score. You can see that all the information it requires can be taken from the so there should not be many issues. The problem lies in replication of the scene by me(the artless person). Let’s try it out. Start by creating a new scene and name it as .

First create an empty Game Object (call it )on the screen and reset its transform. Create an image as a child of ScoreScene which will, in turn, create a canvas and EventSystem as a child of ScoreScene. The image will be a child of the canvas. Call the Image BlackScreen. Set its Image Color to Black. Click on the “middle/center” graph in the Inspector Rect Transform and then, while holding Alt key, press on “stretch/stretch”. This will allow the BlackScreen to cover the entire canvas.

The rest of the UI items are created inside 3 panels inside the Canvas. Below are the settings I made to create the effect similar to Battle City. 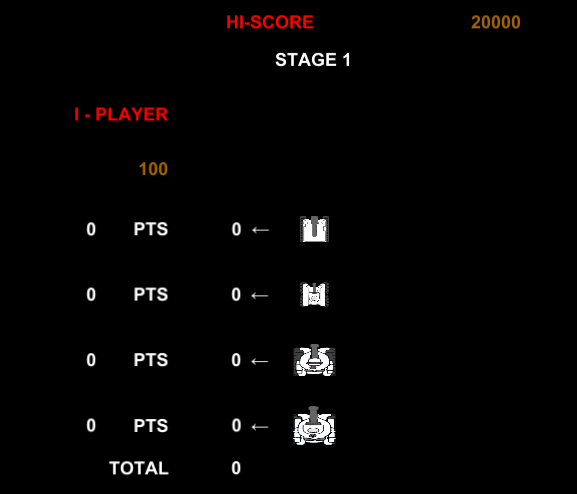 Coding the calculation of Score

Now we are ready to start coding. Create a script called TallyScore on the Canvas. First thing we need to do on the script is to add in order to use features related to UI and to use its static routine to move to next scene.

At the Start MonoBehaviour, update to the below for the routine.

The above is to get the reference of MasterTracker to the variable masterTracker and use that reference to get the public variables to save to smallTankScore, fastTankScore, bigTankScore and armoredTankScore. And update the stageText with the correct Stage number and the Player Score before the calculation we are doing

At the end part of the coroutine, . Then we will add a delay for 5 seconds for the player to absorb their achievements before going to the next scene depending on whether the player has cleared the stage(stageCleared = true) or game over(stageCleared = false). Before going to the next scene, we will trigger another routine we will create (called ClearStatistics) to reset values in MasterTracker which will be reused again.

Then finally we can trigger the coroutine by the Start Monobehaviour. Add StartCoroutine(UpdateTankPoints()) to the last part of the routine. The full code for TallyScore as below.

Drag and drop the right text component to its placeholder in Canvas’s Tally Score (Script) component.

Prefab the ScoreScene Game Object so that all its children will be part of the prefab and save the Score scene. Now we are ready to test. If you have yet to create a Scene, please do so now. Once it is done, go to Unity’s File->Build Settings and add Stage1, Score and Stage 2 to it. Remember to update the Level Manager for the Stage Number in Stage2.

Now go back to Stage 1 and start the game!

Yeah! Its working and it will be very easy to create new stages. Next post will be the last and it’s on the Battle Status Board.